Business environment is changing faster than ever and leaders need to transform their businesses to maintain competitive advantage. They go beyond thinking about deployment of the latest technology, or just seeking rapid scale ups. They are rethinking & adjusting the role of operational excellence to prepare for the future, and are evolving a new set of business models that are ‘born in’ and ‘made for’ digital, to enable accelerated growth.

A unique platform that brings together some of India’s most brilliant minds to cohesively drive a singular agenda of scripting business transformation leveraging the building blocks of technology.

A Quick Preview of the Event Format

Speakers in the past 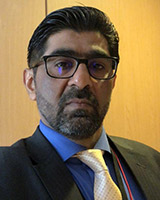 With over 23 years of experience across the BFSI IT, Anup is business focussed and result oriented banking technology professional. He has rich techno-commercial experience – an excellent grasp of technology and commercial backed by vendor management skills. He has diverse experience with emphasis on key Leadership, Innovation in Digital Banking, Financials, Service Delivery, Portfolio & Program Management, Risk & Controls, Vendor Management and Waste Cutting.

At YES Bank, Anup leads the mission critical role of spearheading Technology Replatforming & Digital Innovation. His primary focus is to bring future technology into YES BANK’s current technology stack. As Chief Information Officer, he drives innovation and developing an IT strategy in accordance with the Business Strategy of the Bank to provide edge to his business in market. Innovative Technology forms one of the critical differentiating pillars at YES Bank in transforming the bank into finest LARGE Bank by 2020. 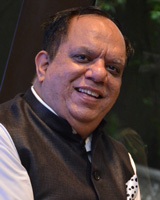 Rated as India’s Best CIO, he has won several prestigious recognitions including CIO of the year, CIO Hall of Fame, Super League CIO, Champion CIO, Global CIO, Global CIO Hall of fame, Most Influential CIO,Innovative CIO, Most Respected CIO, India’s Best IT Manager, Eminent CIO of India and many others. Mr. Sethi has also featured in the CIO Power List for 2015, 2016, 2017 and 2018. 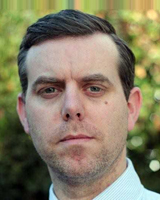 Priyanka Dutt is the India Country Director for BBC Media Action, the BBC’s international NGO that uses the power of media and communication to inform, empower and connect people around the world. With two decades of experience in media and communications across both private and development sectors, Priyanka specializes in communication for social impact. She has worked on a range of media platforms and formats, including television, radio, mobile, and outreach. Her work has won several Indian and international awards including a GSMA Global Mobile Award, a Commonwealth Broadcasting Association Award, a Global Health award and a Vodafone Mobile for Good award, among others. She holds a Master’s degree in Film and Television Studies from the University of Warwick, UK.

Rob Sloan is the Research Director at the Wall Street Journal Pro. He has made a career of specializing in IT security, focused on directing, investigating and protecting against cyber-intrusions, especially state-sponsored attacks. Mr. Sloan writes analysis for the WSJ Pro Cybersecurity newsletter tailored for executives in big and small companies and regularly contributes his research and executive analysis to studies and reports.

Previously Mr. Sloan was Response Director at an IR consultancy in London and started his career with the UK government looking at some of the earliest targeted attacks against critical networks. He is especially interested in the requirements, motivations and capabilities of threat actors. 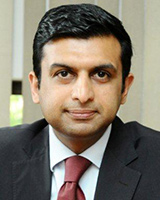 Vineet Agarwal is the Managing Director of Transport Corporation of India Ltd. (www.tcil.com). He is a graduate from Carnegie Mellon University, USA and completed the Owner President Management program from Harvard Business School.

Vineet currently serves as the Vice President of ASSOCHAM, a leading chamber of commerce in India. He is also the founding National President of the Young Leaders Council (ylc.aima.in) at the All India Management Association and has been a Council member for several years. He served as a director on Young President Organization’s (YPO) international board and was previously a member of the Global Agenda Council at the World Economic Forum, board member of the HBS Club of India and at many other institutions. 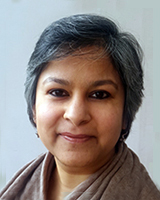 Priyanka Dutt is the India Country Director for BBC Media Action, the BBC’s international NGO that uses the power of media and communication to inform, empower and connect people around the world. With two decades of experience in media and communications across both private and development sectors, Priyanka specializes in communication for social impact. She has worked on a range of media platforms and formats, including television, radio, mobile, and outreach. Her work has won several Indian and international awards including a GSMA Global Mobile Award, a Commonwealth Broadcasting Association Award, a Global Health award and a Vodafone Mobile for Good award, among others. She holds a Master’s degree in Film and Television Studies from the University of Warwick, UK. 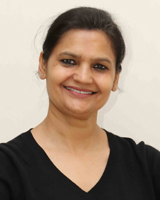 Ms Meenakshi Vajpai has more than 25 years of experience in IT strategy, architecture, core telecom and enterprise IT operations.  She has envisioned and led various organisations from diverse sectors in their efforts of organizational transformation through the use of technology spanning internal functions, customer experience as well as innovation for revenue.

She has held a number of senior management positions across industries wherein she has driven strategy and execution of new business initiatives. Her initiatives have won her several awards, including CIO 100, Digital transformation Icon and at international forums.

At Vodafone Idea, Meenakshi leads IT strategy and policies across all businesses and partners. 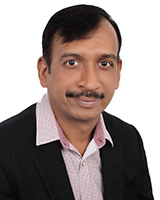 Alok is the quintessential IIT-IIM alumni as comfortable with Technology as with Marketing. As a Chief Marketing Officer, he has accelerated transformation in the approach to building brands using digital. He was recognized (by IAMAI) as the "Digital Marketer Of The Year". Now with Orientbell he continues using VR & digital to drive dramatic transformation in the Tile industry.

He has succeeded in demonstrating value from digital and aligning stakeholders in not the usual “tech savvy” industries. 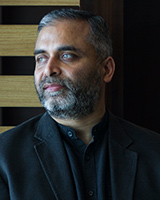 Ravinder Pal Singh (Ravi) is an Award Winning Technologist, Rescue Pilot and Investor with over 50+ global recognition and 17 Patents. His body of work, mostly 1st in the world are making a difference within acute constraints of culture and cash via commodity technology. He has been acknowledged as world's top 25 CIO and top 10 Robotics Designer in 2018.

Ravi is a global speaker and has delivered over 100+ lectures and papers in Asia, Europe, USA and Africa in 2018-19. Ravi is advisor to board of 9 enterprises where incubation and differentiation is a core necessity and challenge. He sits on the advisory council of 3 global research firms where he contributes in predicting practical future automation use cases and respective technologies. 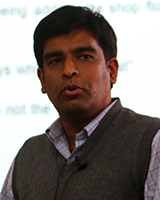 Sidharth Balakrishna holds an MBA from the Indian Institute of Management (IIM) Calcutta and an Economics degree from the Shri Ram College of Commerce (SRCC), Delhi University. He has over 14 years of experience in the media & entertainment, artificial intelligence, energy, infrastructure and education sectors.

He is currently an Executive (whole time) Board Director and Chief Strategy & Innovation Officer at the Essel (Zee) Group and is leading several strategic initiatives in digital transformation, Artificial Intelligence, etc. In the past, he has led strategy and headed many large projects including in the fields of oil & gas, renewable energy, education, water, etc. Mr. Sidharth Balakrishna has also been a Strategy Consultant with Accenture and KPMG. Some of the projects that he has led have been awarded nationally and internationally.
He is a mentor to startups with MIT, Boston, USA as well as MassChallenge Boston & Tel Aviv, Israel.

Want to be part of it?

VCC Events opens up the avenues for participation. Join hands to be a part of India’s largest gathering of alternative investments leaders, industry stakeholders and Asia’s influential limited partners, general partners and marquee advisors. Your chance to actively participate and augment yourself as thought leaders.

Attend as a delegate

Do you have any queries?

Drop us a line and we will call you.

Add to a calendar